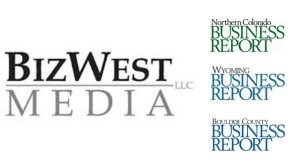 People of the flood: Hurdles remain for obtaining disaster assistance Oct. 18, 2013
Days after the torrential rains and destructive waters of the great September 2013 flood in Colorado,  business owners look to disaster assistance organizations to help them with the initial steps down the long road of reconstruction.

**Top of the Rockies award from SPJ Colorado Pro – First Place in Business: General Reporting for “After the deluge,” which focused on coverage of the 2013 flood. The award was given to the BizWest Media reporting team for coverage as a whole.

For Estes, a holiday that almost wasn’t Nov. 29, 2013
Tucked at the base of the Rocky Mountains, the town of Estes Park was ravaged by the 2013 September flood in Colorado. With the two main highways into the town washed away, Estes Park residents were left stranded. The government shutdown not long after hit the town doubly hard as access to its main tourist attraction, Rocky Mountain National Park, was suspended and the park closed. Estes Park business owners, residents and town leaders worked together to renovate the town and keep spirits up. Tourists are encouraged to return as highways open and see that, indeed, this community is composed of individuals who are “Mountain Strong.”

Craft distilleries toast surge in sipping Dec. 13, 2013
While microbreweries may dominate the libation scene in Northern Colorado, craft distilleries refuse to take a back seat. As national trends tip more in its favor, the craft distillery industry is creating a presence along the Front Range.

Minimum-wage hike spurs maximum debate March 21, 2014
With a proposed minimum wage of $10.10 by July 2016, business owners are wary of impending consequences despite economists reassurance that higher wages ultimately boost the economy, and business, as a whole.

Women showing craft breweries: Yes, we can April 4, 2014
The craft beer scene has been predominantly dominated by men. Women, however, are gradually emerging from the woodwork to let their craft brewing knowledge, recipes and industry goals be known. With women-only beer tasting clubs, networking societies, brewer association members and head brewers, the craft and microbrew movement has been influenced by a woman’s touch.